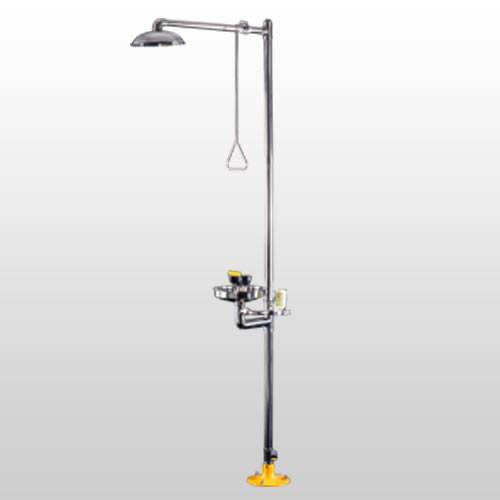 
Send email to us

The Bohua eyewash assembly is a one-time casting molding with smooth surface, strong pressure resistance and long service life. There is no burst phenomenon in winter or high water pressure. Inferior quality always becomes welded parts. The workmanship is relatively rough and mostly welded, which not only affects the appearance but also shortens the service life. In cold areas or when the water pressure is high, it is easy to cause the expansion of the tube to burst.

Filter: The first layer of PP high-density filter to filter the larger particles in the water. The second layer uses a four-layer high-density 304 stainless steel grid staggered structure to further filter fine impurities, while dispersing the water flow, making the water bubble-like, and gently flushing the eyes to prevent impurities and strong water flow from causing secondary damage to the eyes

The shower head has a half-hole design on the edge, and the arc is tangent to the two smooth curves of R250 and R39 respectively, so that the shower water is scattered along the arc on the inner wall of the shower basin, exactly at a height of 1524mm, reaching a coverage of 508mm in diameter The range, fully meets the requirements of the American Standard for the shower range of the eyewash

BH30-1012zp: Push with both hands + automatic emptying (the assembly contains an emptying valve)

BH30-1111: Polishing inside and outside (food grade pipes)

Write your message here and send it to us